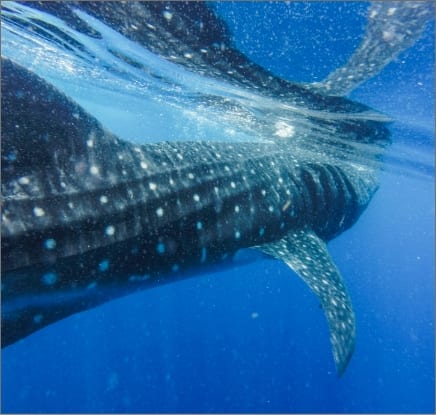 Our friends over at Cascadia Research just wrapped up a 15 day field project off the coast of the Big Island (Hawaii) where they encountered Killer Whales. Below is the post in its entirety. For more information on Cascadia Research, please visit their website.
We will be undertaking a 15-day field project off Hawai‘i Island starting October 18th, 2013. We have several primary goals for this project – perhaps the most ambitious is to try deploy LIMPET satellite tags on dwarf sperm whales – something we have never tried before. This species has a reputation for being difficult to approach, but over the years we’ve encountered this species on more than 75 occasions in Hawai‘i and have learned to predict their behavior to some degree.We’ve obtained funding from the Office of Naval Research Marine Mammals and Biology Program to try to obtain movement and diving behavior data from this poorly-known species using LIMPET satellite tags. We also have funding from the Pacific Islands Fisheries Science Center to continue our work with false killer whales and pantropical spotted dolphins, and are working with Russ Andrews of the Alaska SeaLife Center and University of Alaska Fairbanks on a project involving tagging of short-finned pilot whales. We also have funding from Dolphin Quest for a small number of LIMPET satellite tags that we hope to deploy on other species (beaked whales, sperm whales, pygmy killer whales, melon-headed whales, bottlenose dolphins, or rough-toothed dolphins), to help understand their movements and habitat use. As always we will also be using photo-identification and biopsy sampling of most species to learn more about the abundance and population structure of Hawaiian odontocetes.
The research crew for this project will include Daniel Webster, Annie Douglas, Annie Gorgone, and Robin Baird, all from Cascadia, Amy Van Cise from Scripps Institution of Oceanography, Russ Andrews, and a number of volunteers.
If you want some background information on our work in Hawai‘i we published a paper on our first 13 years of surveys and a pdf is available here
November 1, 2013 update
Today was our last day on the water for this trip, and it ended on a high note. We encountered a group of four killer whales, only the third time we’ve seen this species in Hawaiian waters. We were able to get good identification photos of all four individuals, collected one biopsy sample for genetic studies, and deployed satellite tags on three of the four individuals. These are the first satellite tags we’ve deployed on killer whales in Hawaiian waters, and we think the first tags deployed on this species in the tropical Pacific, so are excited about learning where these whales spend their time.