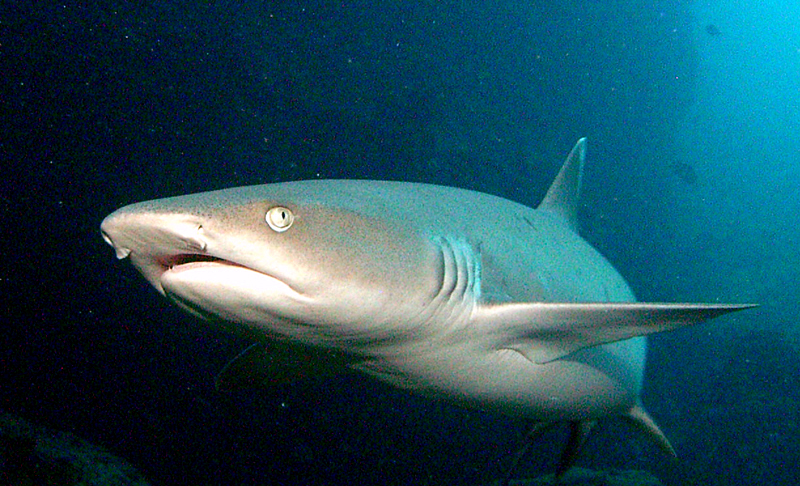 Several summers ago I recall seeing a dead goat on the reef at Hanakoa Valley. The poor goat had lost its footing and fallen to its death, landing on the exposed reef ledge, only 2-3 feet above sea level.

After about four days baking in the hot, summer sun the smell had become strong enough to literally make you start to dry heave. I remember passing the corpse on the fifth day thinking what a stink this guy is, this couldn’t be good for business and how long will it be before the smell would dissipate?

Summer afternoon tides rise high and like magic as we passed back down the coast the tide had taken the carcass away, to my delight. But was it really gone? Was it? Then I saw what appeared from a distance to be an upside down table floating on the surface of the water, with the bobbing legs sticking straight up in the air. the table was moving erratically as if it were alive, but the legs were stiff as can be.

As I got closer I quickly figured it out. It was the goat, and its dead carcass was being savagely mauled by no less than six hungry white tip reef sharks.

It reminded me of seeing my young daughters devour an ice cream sundae with chocolate syrup dripping down their mouths. Before the carcass floated out to sea, these sharks must have been waiting in anticipation for days as the goat’s blood scent tickled their senses from above, and streamed out into the ocean with the tide, whose gentle lower tide lapping against the carcass like basting a turkey on Thanksgiving.

No doubt the sharks sensed this meal for days before it was presented to them in this high tide feast in July, just like I know that sense of Christmas turkey dinner smell that drives me past the oven four to five times before it’s ready to pull out. I could relate to these sharks in a way, that as the designated carver of the thanksgiving turkey, I did my share of shark instinct sampling back in the kitchen, but quick and stealthy as not to get caught by the relatives. I got full so fast I had a hard time eating later at the dinner table, and trying to explain to my wife why I was just not that hungry after all…