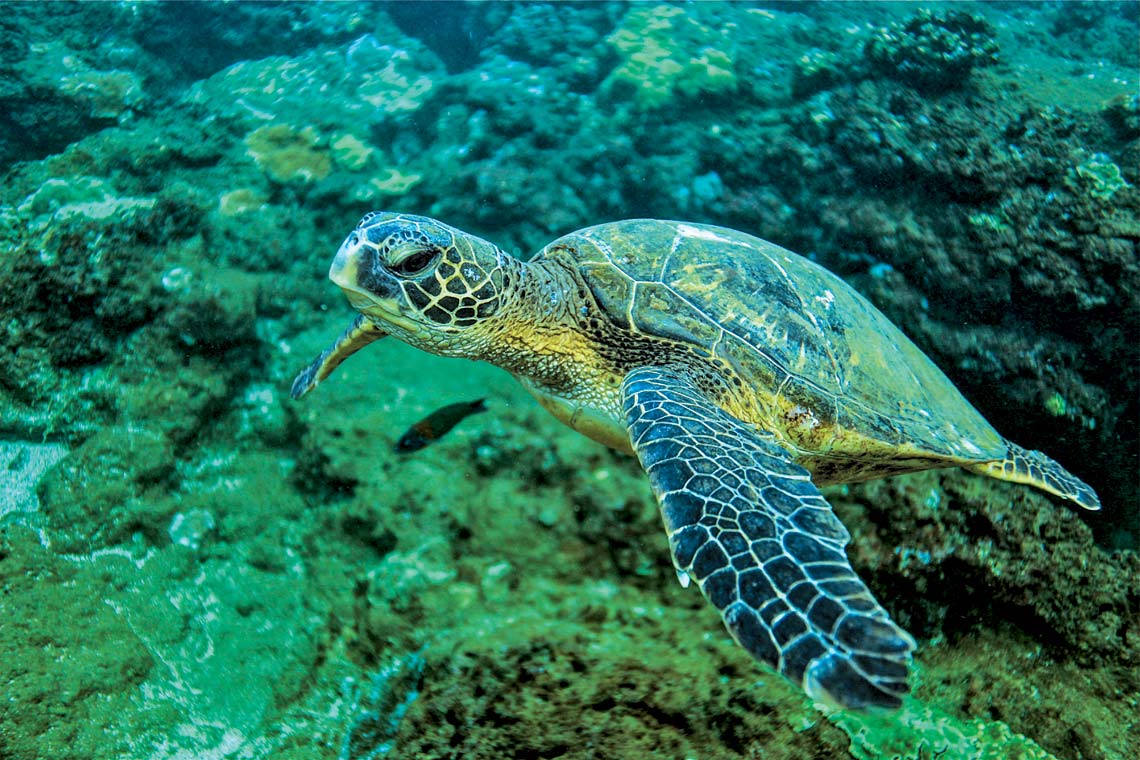 A now-common sighting on Kauai snorkel tours is the the Hawaiian Green sea turtle, called honu in Hawaiian.  The honu gets its name from the color of their body fat which is green from the algae in their diet, which they eat off of the rocks. The adult honu may reach a weight of up to 500 lbs. when full grown.  They are found living in coral reefs where their food source is plentiful. They are fairly tame animals, and are often seen gracefully swimming in reefs near to people.

Once listed as an endangered species, the population of the honu in Hawaii has increased in the last 30 years.  Believe it or not, they used to be listed as a menu item in the local restaurants, and were prized for their meat which was considered a delicacy!  However, since harvesting them for food was ceased in the 1970’s, they have come back in numbers, but are still considered a threatened species. Their lifespan is 60-70 years. This species of sea turtle is sighted most out of all turtle species in Hawaii.  You will be sure to spot on on a Kauai snorkel tour.