The home of the sacred hula goddess Laka, the heiau at Kee Beach is about as exotic as it comes in Hawaii.

Located at the end of the northshore’s road on Kauai, Kee Beach is also known as the gateway to the Na Pali coast trail. As you face west, look to the left: along the cliff covered in a coconut jungle protrudes an exposed area of black lava rock wall. This is the Laka heiau. Like a queen on her throne she overlooks her kingdom of the windex-blue lagoon below. Just outside the reef the ocean turns a magical cobalt blue. In the early morning, look for dancing spinner dolphins as they perform like jesters in the royal court of Laka. 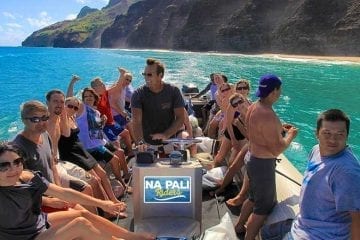 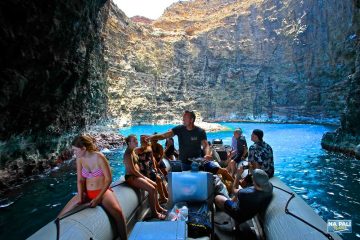